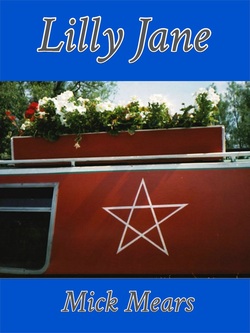 Contemporary love story set in the 1980`s. A touching little jaunt through pub culture, drink and drug abuse laced with humour and disaster. A tale of unrequited love, jealousy and a dog with the ability to crap at will. All characters are buffeted around by fate, circumstance and a few paranormal undertones for good measure. Set in London and the suburbs the story follows trail of a reluctant cab driver dealing with his families bankruptcy and a woman who seems to be giving him too much attention. Wound up and led along our hapless hero descends into spiteful behaviour with an inevitable outcome.
An easy read which fizzes along like a punctured coke can. 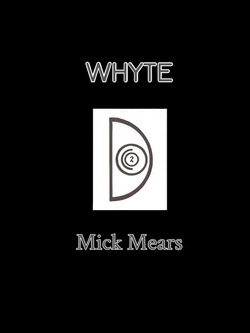 I always feel I have to apologise for this piece of work. I wrote it in my teens (before the advent of the wheel) and it has never been anywhere near a publisher. For reasons unbeknown to me it actually does quite well on Amazon. The cover is my own design which has been copied by others. A self indulgent piece relying the use of structure and language to make its point. (Joycian). The start of each chapter develops out of the abstract to finalise in restraint or loss. In a sense, each chapter is a microcosm of the complete work.
It is not something I would recommend to my readers unless they are feeling adventurous. By this I mean in the literary sense rather than physical. It rolls around in the abstract which some may hard to follow and others may find just downright pretentious.
Feel free to savour the first ten per cent free on Amazon. Do not attempt to read it unless you are a lover of language. Life is too short to waste your time reading rubbish when there are so many better things to do.
Above all I would like people to read it and think "Shit! I can do better than that." Hopefully you will then pick up a pen and discover the magic of writing yourself. 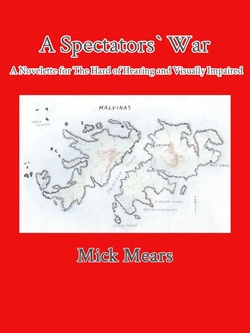 This piece could be loosely described as a Y.A story. It deals with adolescent obsessions including loss of virginity, spots and why grown ups are such dick heads. Set on the backdrop of the Falkland War it attempts to send out a peace message which can only fall on deaf ears because the world is run by "Adults."
The first and last chapters are set in a present text while the middle three chapters are effectively a flashback and flight of imagination. The central three chapters deal with fruit and veg, seduction and the horrors of war. Again it  is by structure and juxtaposition through which the author makes his point. The writing is both humorous and brutally graphic in the description of battle scenes.
Although dealing with a war which happened over thirty years ago it is apposite for today in that we are all fed war propaganda through the media. Our perceptions continually relying on how the media chooses the next winners and losers. If both sides pray to God for victory then who is God listening to.
Disappointingly this is not an Amazonite favourite which is a shame because I feel it should do better than it does. But who am I to say? 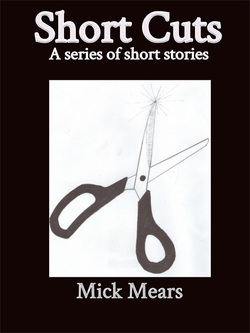 This one does exactly what it says on the tin. An opening essay followed by five short stories.
George Noaks is a retiree battling declining health while trying to hold onto dignity. When told his house will be sold in order to put him in a home he decides on other plans.
Nigel Perry, a young executive, leads an empty life. However his ego becomes transformed when he treats himself to a new car.
Benjamin is a balloonist  who equates a quest for altitude as a form of spiritual enlightenment.
Resilient Sonia is a prostitute. She spends her evening dodging the law in a desperate attempt to bring her kids up single handed.
Finally in Shop Flaw we enter the farcical world of Harris Industries. New technology puts jobs under threat and employees are rubbed further up the wrong way by the arrival of a new staff member. The new man is not who he seems and staff are in for a pleasant surprise.

Just for fun I juggle the format of this work around. Namely, every once in a while I change the order of the stories. This means you can effectively read them all without having to pay a thing. Great eh! 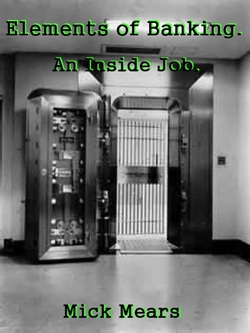 In all truthfulness I almost threw this piece out of a moving vehicle while editing. I`m glad I didn`t because my readers actually love it. I`m not sure if I hit a nerve or if it was down to timing. Maybe readers confused it for the respected text used for banking examinations. For what ever reason the response caught me off guard.
Nigel Ward has a boring job, broken marriage and no career prospects. Such disillusionment is normally a recipe to bite the hand that feeds and he does. He works out how to commit the perfect crime. With dedication to detail he sets about trying to rob his employers. With inside knowledge the job should be quite easy but his motives are confused. Does he really want the money or is he more occupied with dishing out social justice to an organisation which has enslaved him in a mind numbing career.
It is a portrayal of a tedious office life and bland domestic obligation. A life unfulfilled can only reinforce disillusionment. Nigel takes matters into his own hands to give life purpose.

Thanks to everyone who downloaded this. You made my day! 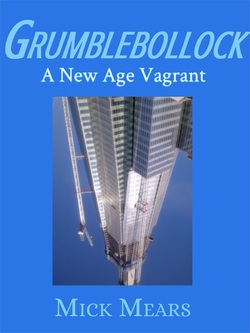 And finally my personal favourite the almighty Grumblebollock. This is written with great passion and gusto. It rips along like a bullet train with plenty of incident to keep the story moving, full of humour and political satire. Set in the near future it is the story of an old man, down on his luck, searching for the murderer of his daughter. This quest takes him through the fictitious city of Slumdonioum where he rubs shoulders with rich and poor alike.
The novel has been described as dystopian long before the genre became popular. It`s a story about how the authorities most powerful weapon is poverty. But our anti hero, Arthur Grumblebollock, is far too tenacious to be downtrodden by such simple financial considerations.
I feel this piece of work is head and shoulders above anything else I`ve written. However my good readers are not of the same opinion. So once again, what the fuck do I know. Perhaps it is far too secular for an international market or maybe the humour is just too "British." Whatever, if I`m ever remembered for anything I would like it to be for this piece of work.


I am currently writing and researching a novel on the English prison system. I should be able to finish it when somebody  smuggles some more paper in.
THANKS.